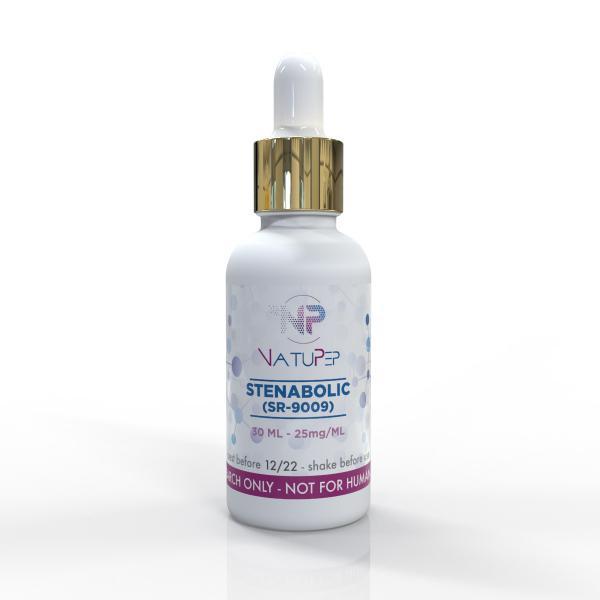 Stenabolic was developed by Professor Thomas Burris. The drug was first used to experiment with mice. It took only a few days for mice to become leaner. Their ability in running was considerably increased and the growth of muscle was over 50%.

SR9009 simply replicates the effects of aerobic exercise. SR binds itself to Rev-Erba protein, which is controlling lipid and glucose metabolism, and make it more active. Stenabolics are also responsible for the creation of fat-storing cells and the macrophages reaction in the state of inflammation.

According to Burris:
“The animals actually get muscles like an athlete who has been training. The pattern of gene expression after treatment with SR9009 is that of an oxidative-type muscle— again, just like an athlete.”

SR9009 influence the biological clock, which harmonize the rhythm of the body’s activity within the day and night phases.
Latest research proves that the activity of Rev-Erba with SR9009 led to improved metabolic activity in skeletal muscle tissue. Rev-Erba changes muscle cells by stimulating the formation of new mitochondria, also known as power plants of the cells, and also affect the endorsement of flawed mitochondria.

In case that the effects of SR9009, which were shown on mice, can be safely duplicated for people, the new drug may cause the significant improvement in the treatment of obesity, diabetes and metabolic syndrome. There are other areas in which SR9009 may come with considerable benefits. It can balance the overall loss of muscle which comes as a side effect of lacking the activity caused by sickness or old age.